Blowing off the dust....

With no updates here since November and it now being the end of May it might seem that Long Nabber has not been seeing a great deal. Well, it is certainly true that winter visits were few and far between as a combination of a house move, trips overseas and other priorities took precedence. However there have been quite a number of highlights so, here is a round up of recent exploits.

The flock of Shore Larks were quite elusive for much of the winter but towards the end of their extended sojourn in the area performed nicely affording some photographic opportunities. 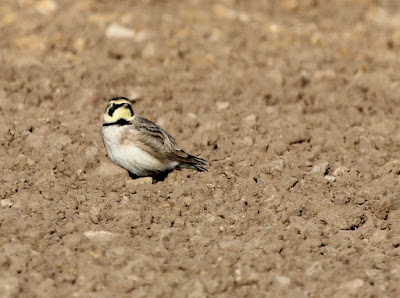 Trips to Extremadura in mid April and then SW Scotland in early May took me away for a key part of the spring period. On my return after undertaking a breeding bird survey at Potter Brompton Carr on the morning of 11th May I arranged to meet Micky to set some nets at the ringing site. As I came over the hill towards Fields Farm I was amazed to find a Hoopoe feeding by the side of the road! Feeding in an area that Micky had earlier checked, he was not best pleased to have been beaten to the find, especially since he had been putting plenty of hours in over the previous few weeks. However, he was content enough to see it feeding in the horse paddocks and gracious enough to allow me to use his pic on this blog. I had neglected to bring my own camera! The Hoopoe lingered until the next day and predictably proved quite popular.


The ringing sessions yielded mostly local breeding species, although a singing Reed Warbler was a surprise and it ended up in one of the nets.


Work took me away again for a much of the middle of May, so it was with some envy that I read of Micky's finds that included a flyover Dotterel, a brief Tawny Pipit and a Bee-eater flying south.

Little things can make all the difference

The ringing operation at Long Nab has been running when time permits since 2009. During that period the location of where we process the birds has varied. Initially I ringed birds at the inland end of the plantation, but missing a Sabine's Gull caused me to move base to the seaward end. This has allowed time to undertake short seawatches between net rounds and certainly paid dividends with a Pallid Harrier flying N along the cliffs in May 2016! However, with very little going on at sea in recent days and the weather seeming unlikely to produce I suggested to Micky that we move to the inland end of the ringing site for our ringing sessions on 26th and 27th May. This location allows better views of the ridge inland of the Nab and the potential for raptors moving along that ridge and is arguably better for observing visible migration of Swifts and hirundines.

An 'acredula-type' Willow Warbler was caught and ringed on 25th May.

During the ringing session on the 26th we ringed the first Sedge Warbler since ringing began here.

The 27th May dawned bright and clear but with a light SE wind still blowing we remained hopeful of something interesting. However by 0830 it seemed clear that there were no new migrants in. Watching inland we had seen a trickle of Swifts heading south, but it all seemed a bit disappointing. However, at 0845 I picked up a falcon slowly flying south being harried by a corvid. It seemed richly rufous / orange underneath and thoughts that it might be a female Red-foot began to pass through my mind. Shouting to Micky to 'Get on that falcon, it might be a Red-foot', he was as always seems to be the case in these situations, already on the same bird. A couple of seconds later it banked revealing blue-grey upperwings and tail and a rich orange/cream crown and we were in no doubts about the identification. At that point it disappeared behind the barns and did not reappear. Suspecting that it had paused on the telephone wires behind the barns we made a lung-busting run up the hill. We arrived sweating and out of breath only to find no sign of it on the wires. Bugger! Micky however then found it perched in a lone tree on the seaward hedge of the horse paddock frequented by the Hoopoe earlier in the spring. We enjoyed some scope views, got the news out and managed a few record photos. However, at 0905 it flew low south towards Rocks Lane and it was not seen at Long Nab again. However, a female Red-footed Falcon seen at Wykeham Raptor Viewpoint at 1030 presumably relates to the same individual.

Whether the female that passed through Spurn later in the day relates to the same individual is an open question, but this was a very welcome and perhaps somewhat overdue bird for Long Nab. Indeed it remains a major rarity in the Scarborough area with just two previous records. 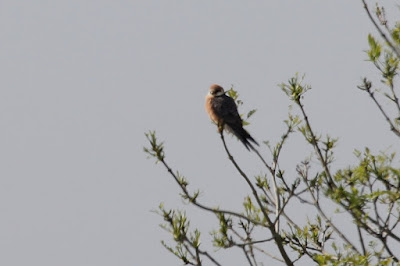 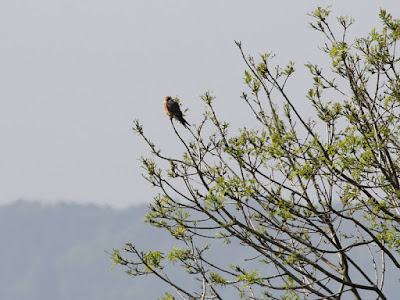 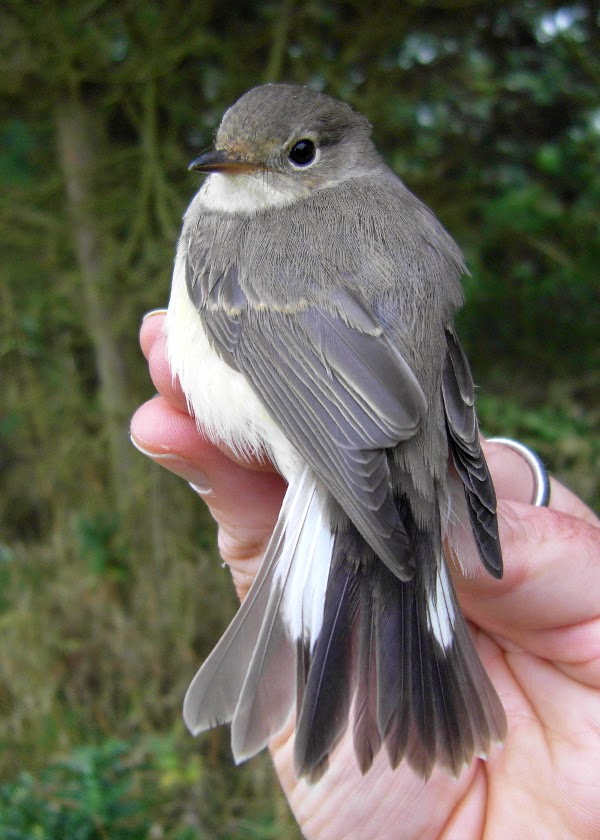 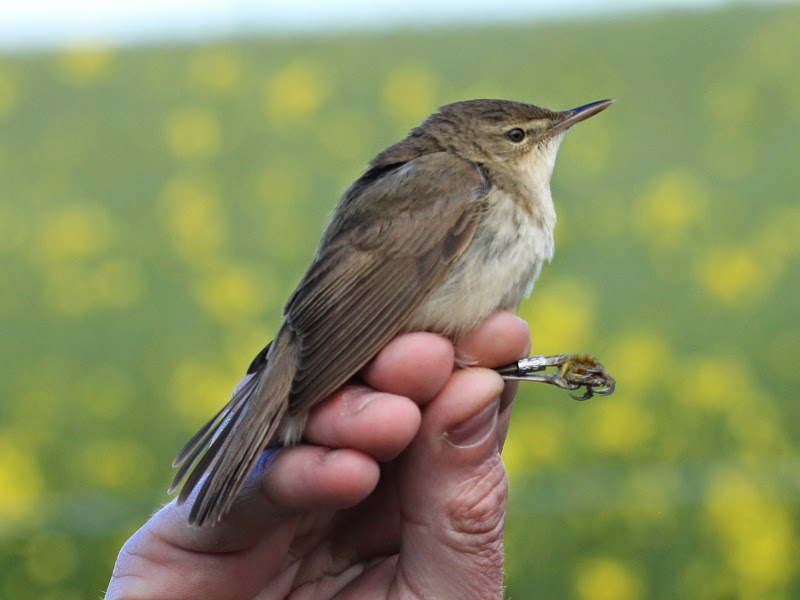 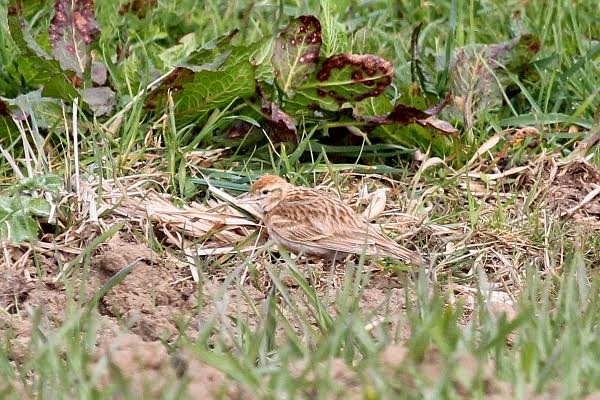 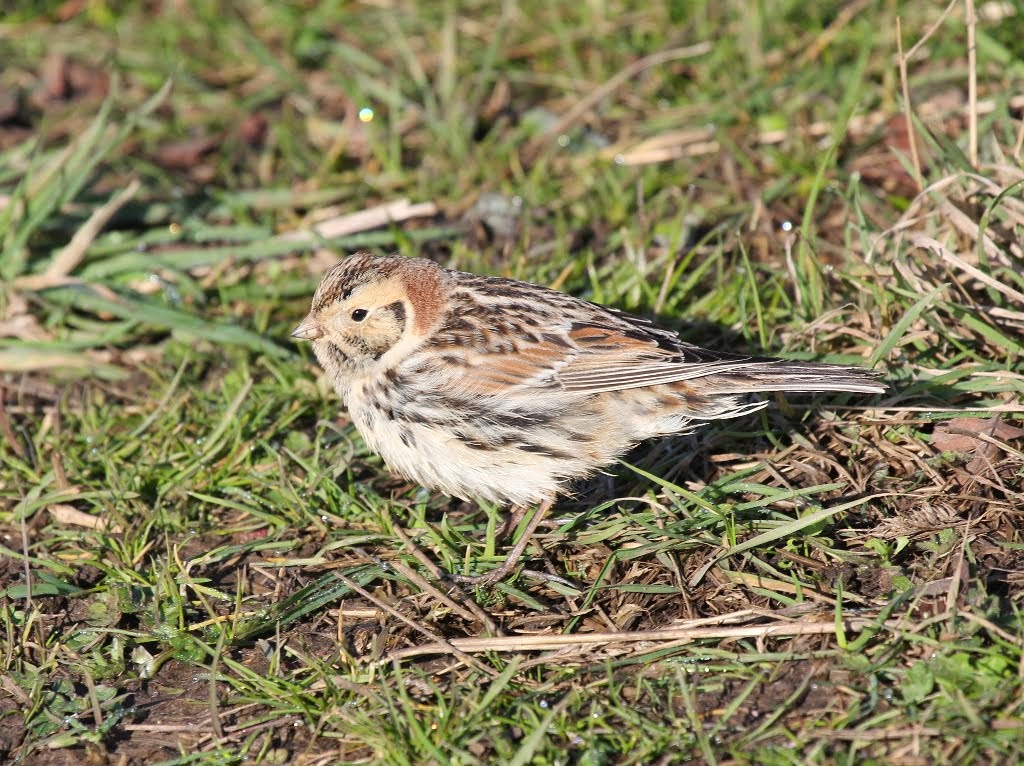 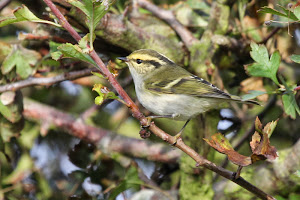 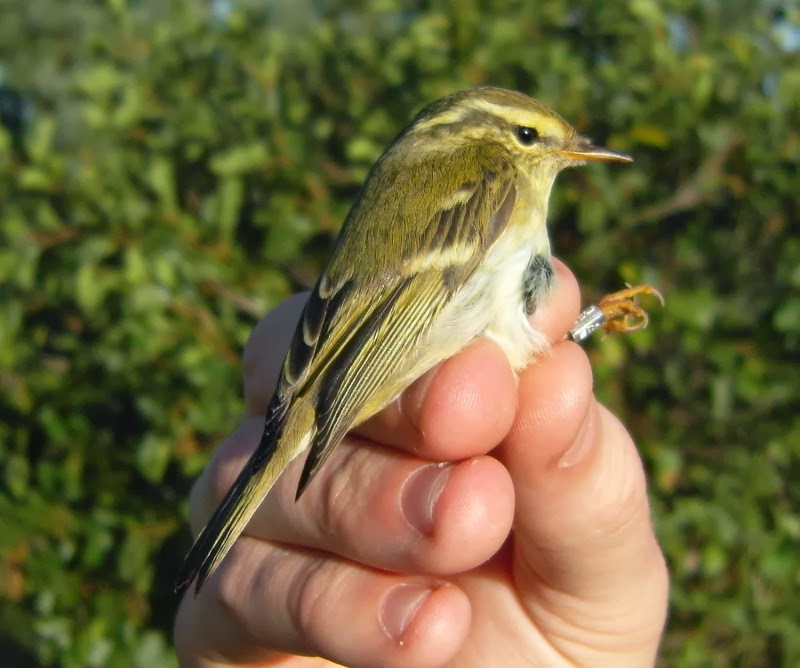 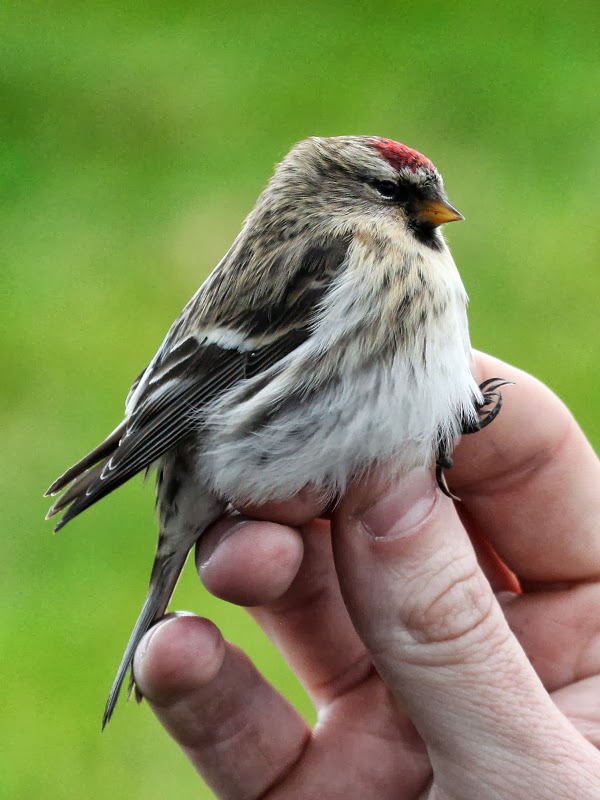 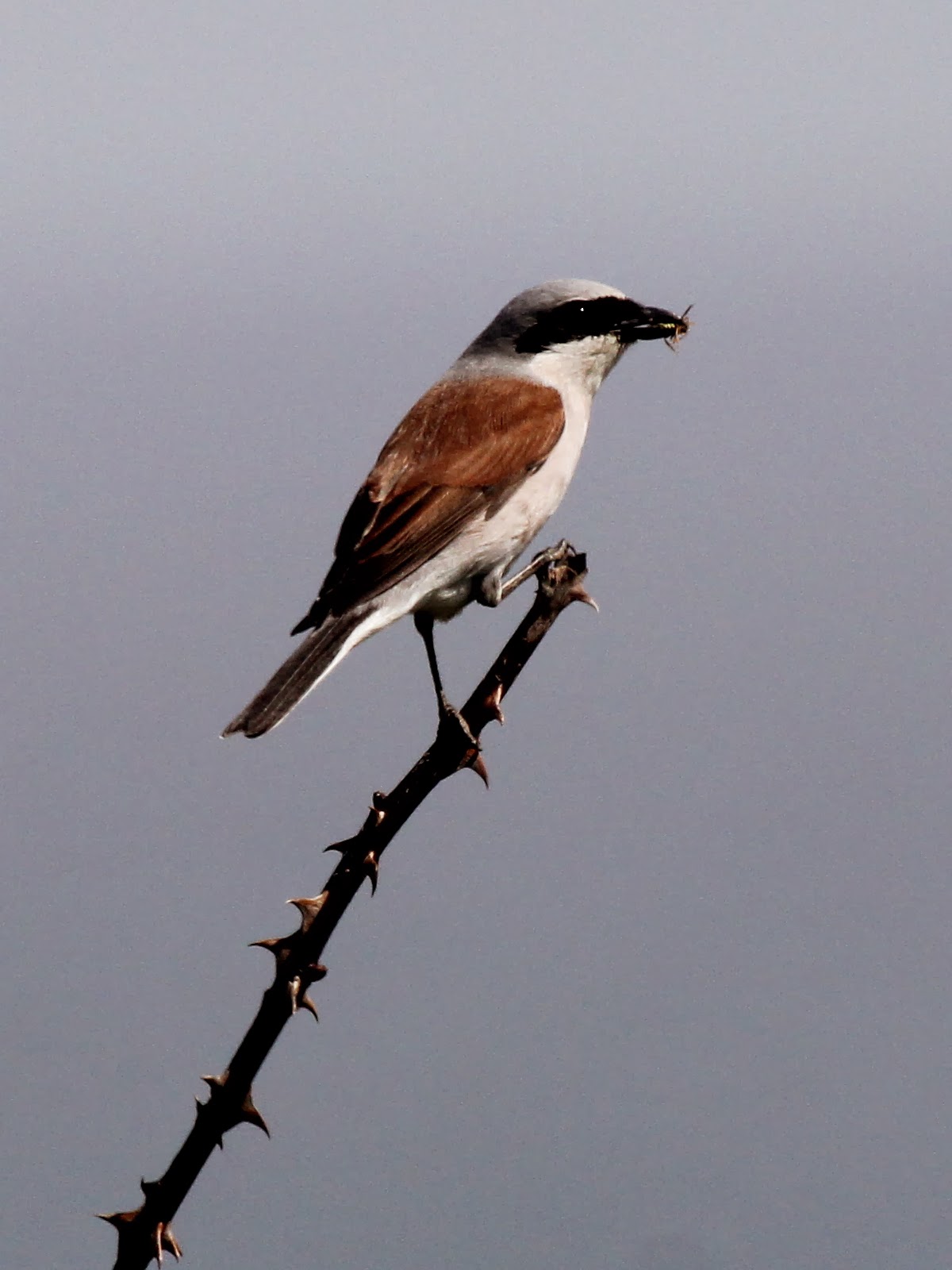 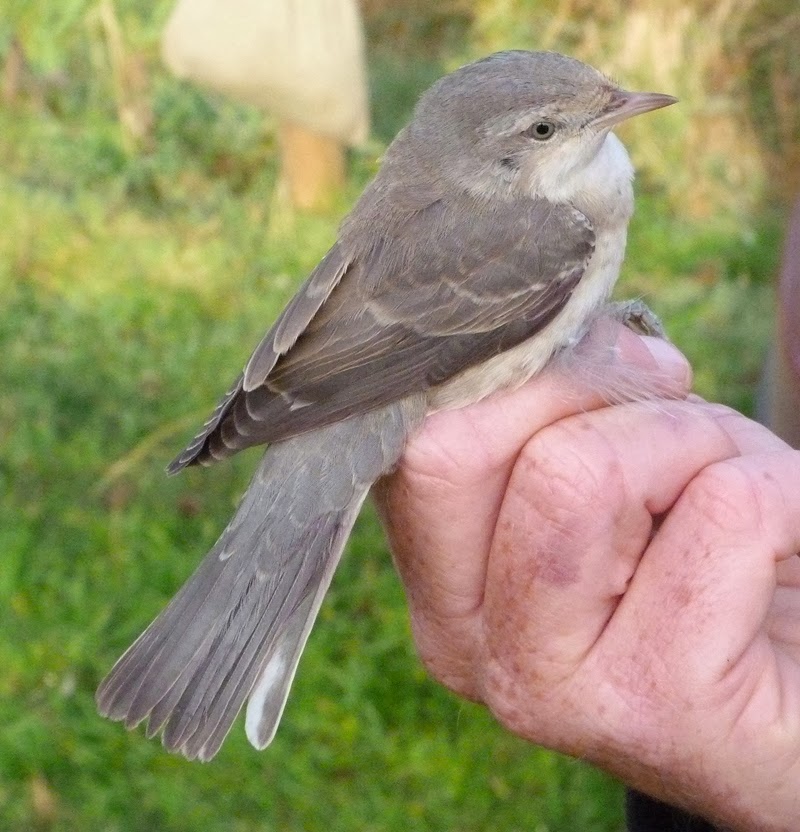